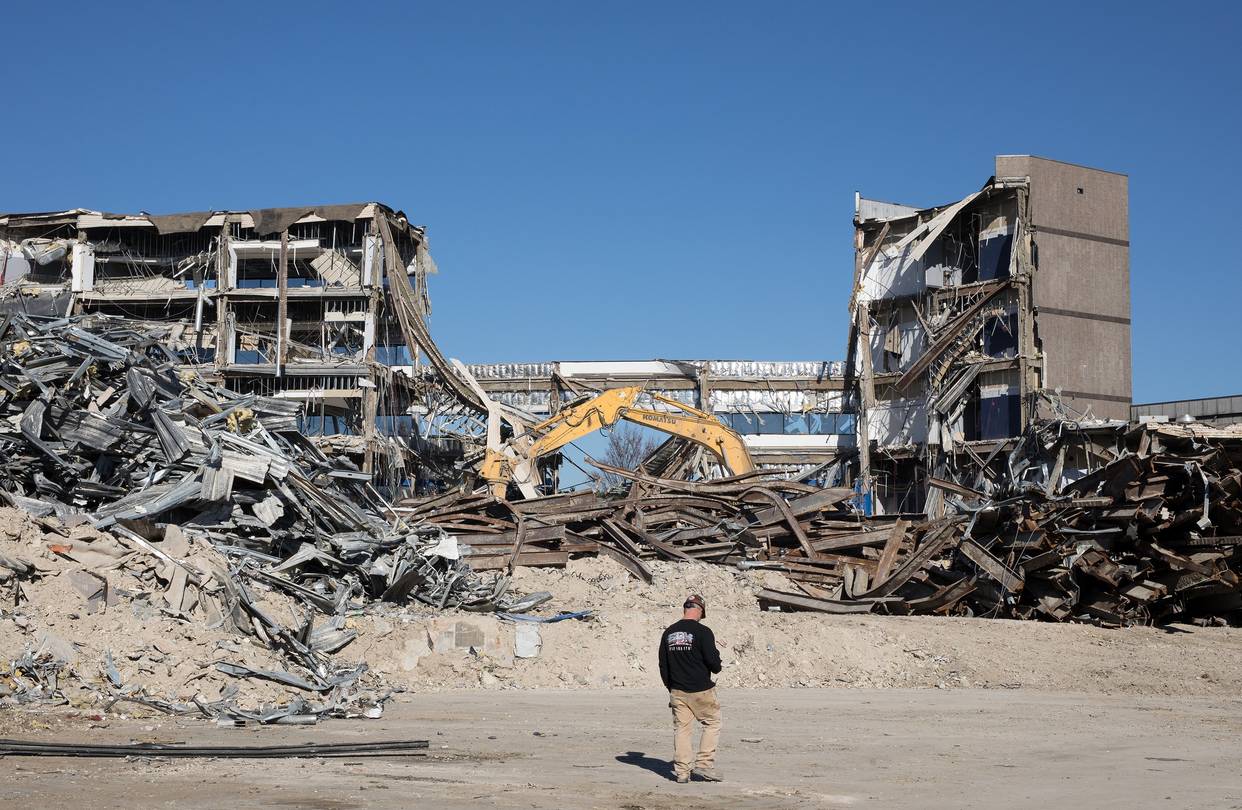 The Sudler Companies is demolishing a 500,000 s/f office building that was once headquarters to major insurance companies in a move that signals evolving economic direction in New Jersey. Cranbury Mayor Dan Mulligan, III, Senator Linda Greenstein, and Cranbury Committee Member David Cook joined Peter Sudler, president and CEO of The Sudler Company at the site at Prospect Plains Road this week to witness the controlled collapse that signifies the changeover of the property to a warehouse facility.

“Cranbury’s exceptional performance as a warehouse location is built on its inherent transportation advantages, but it also is the center for the reinvention of the shipping industry,” said Cranbury’s Mayor Dan Mulligan, III. “The Panama Canal expansion and Turnpike improvements inspired developer such as Sudler Companies to creatively redevelop properties so this is a very exciting time.” “Even after significant attempts to sustain the property as an office use, we recognized that the office market is pivoting to the urban trend,” said Peter Sudler. “Warehouse is in stronger demand than ever, and logistics patterns and e-commerce continue to emphasize the New Jersey Turnpike’s Exit 8A market which serves ports from Philadelphia to New York/New Jersey. “Sudler has been known as a premier industrial real estate company for more than 100 years. We are not the first to tear down one use in favor of the other; but this is the most significant adaptive re-use project converting office use into a warehouse/distribution that we know of.”

“Cranbury is a prime example of adaptive reuse of a former suburban office complex conversion to warehouse and distribution,” said Sudler, “Our business model is to always be cognizant of trends and adjust to the needs of the next wave of users, in this case e-commerce is substantially changing the distribution model.”

Located just off exit 8A of the New Jersey Turnpike/I95 midway between Philadelphia and New York City. Both buildings offer state-of-the-art facilities and close proximity to major highways and ports, and home to many leading corporations and distributorsBoth buildings will be constructed with tilt up construction with an expected completion date in 2018.