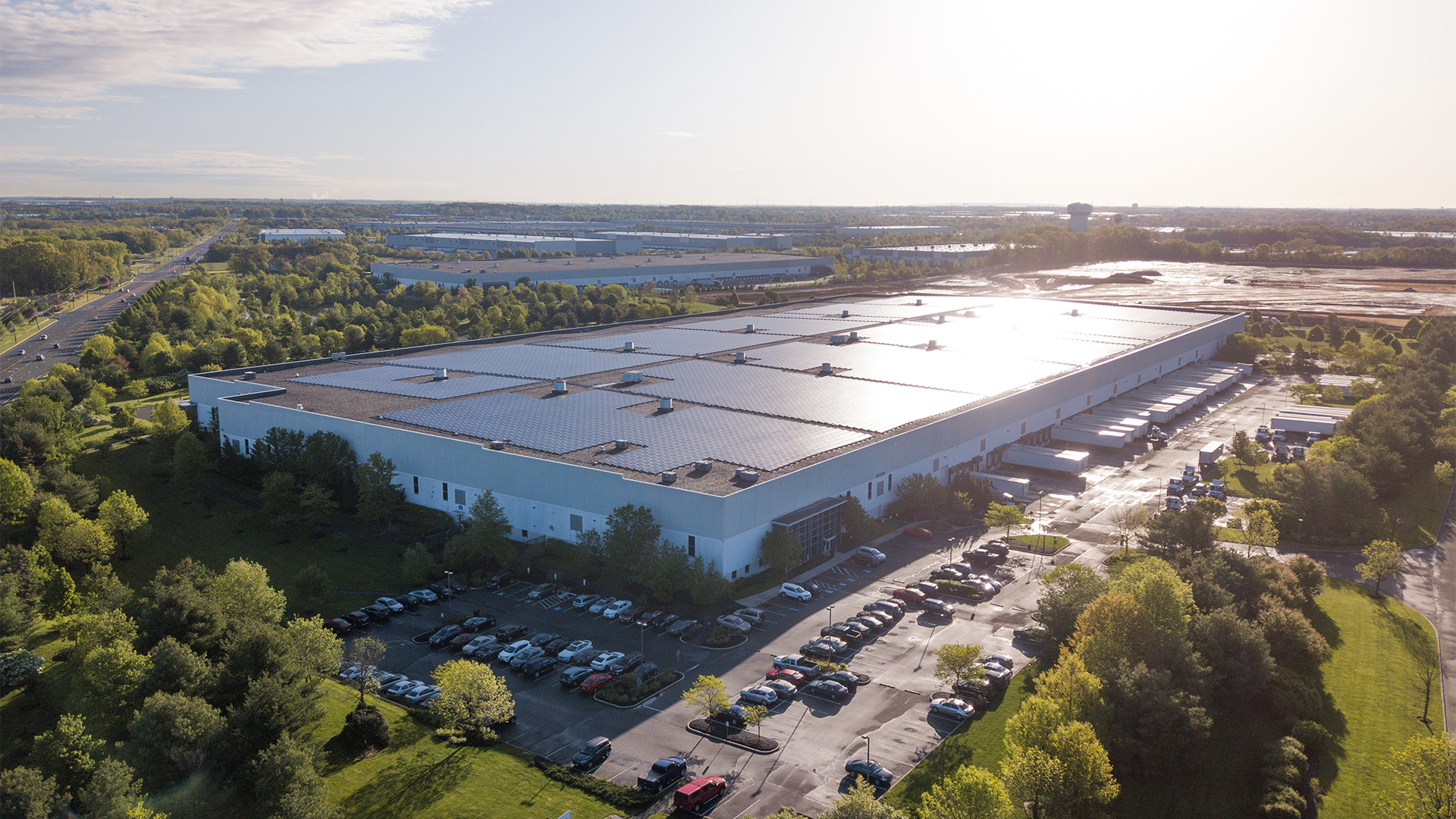 The new solar panel system on the roof of the United Stationers distribution center on Liberty Way in Cranbury provides most of the electricity for the warehouse, but those involved in the project know the panels give power to more than a building.

”This facility was built in a period of six months. It took a lot of people to do that,” said Alan Epstein, president of KDC Solar, the company that provided the panels.

The project was completed through the combined efforts of Sudler Companies and United Stationers. The 14,000 panels generate 3.25 megawatts, enough to power 450 homes.

They will provide 90 percent of the electricity for the United Stationers distribution center.

Peter Sudler, president and CEO of The Sudler Management Corp. on Continental Drive in Cranbury, spoke at the ribbon-cutting ceremony at the warehouse Monday.

”We’re one of the New Jersey success stories,” he said.

His grandfather, a Russian immigrant, came to America in 1907 and started a small construction company in Newark, and that company is now Sudler.

”This warehouse is a large building so we’re a perfect candidate for solar. We see it as a component in solving the energy crisis we have in this country,” Mr. Sudler said.

He thanked the politicians present for coming to the ceremony. He said finding renewable energy sources is a big political issue.

”I just want you to know that we’re doing our part,” he said to the politicians. “This is how we see our business proceeding in the future. This is something we’re committed to as a company.”

He said the company has not invested in solar farms, which provide energy to residences.

”We are focused on employers and businesses in New Jersey solely, to help businesses and companies reduce their power costs,” he said, adding the company has this goal in order to help keep jobs in New Jersey.

He said about 60 construction workers were employed for the project, and KDC Solar invested more than $12 million in it.

District 14 Sen. Linda Greenstein is a member of the Legislature’s Energy and Environmental Committee and shared her thoughts on the project.

”Looking at all of the different parts of this, it is exceedingly complex,” she said. “You have an owner-operator, a power purchaser, a property owner, but all of this together produces this wonderful result. I was impressed to hear how this project really reduces the cost of energy tremendously. I love the idea of producing jobs because that’s a big issue for all of us. I am learning all of the time about this, wanting to become more knowledgeable.”

”It’s all about jobs in this tough economy,” he said. “It’s teamwork. It’s about people coming together and wanting to make a difference. We need to have a good energy policy, not for today and tomorrow, but for years to come.”

He also said supporting renewable energy is not only about sustaining job growth and supporting good energy policy, but also about national security.

”We do spend billions of dollars to hostile nations overseas,” he said. “We fight terrorism on one end, but on the other end, we fund it.”